Jesus in the Garden

Once upon a time, when all was perfect and right and beautiful in the world, God planted a garden.

“And the LORD God planted a garden in Eden, in the east, and there he put the man whom he had formed.” (Genesis 2:8)

In God’s perfect creation, in His idyllic world, was there something that made Eden distinctive? The whole universe was the expression of His creativity. The entire world was His palette of beauty. What made Eden special?

In Eden, God placed the pinnacle of His creation, man and woman—made in His own image and reflecting His very likeness. There, in the cool of the day, God Himself walked.

The God of ultimate creativity and majestic power created the world with the breath of His Word. He said, “Let there be light,” and there was light. He said, “Let the earth bring forth living creatures,” and it was so. For all that was so, God saw that it was good.

“Then the LORD God formed the man of dust from the ground and breathed into his nostrils the breath of life, and the man became a living creature.”

Verse 7 of Genesis 2 signals a transition in verbs. God has been speaking up to this point, flinging stars into space and lofting birds into the skies with breath and word. But then God formed man from the dust of the earth. He planted a garden in Eden. And there He placed the man, and later the woman, that He had formed.

After the Creation, after making man, God planted a garden. The first vocation in the Bible is gardening, and it was done by God Himself. God is a gardener. God grew every tree, beautiful to look at, with good fruit and good shade.

Sin enters the scene, wrapped in the snake-like skin of temptation and withering all it touches. Adam and Eve take and eat, then find themselves excluded from the Garden. They grow pain and sweat instead of beauty and goodness. The curse’s shadow spreads across the earth and all of time.

Where does one bury the corpse of God?

“Now in the place where he was crucified there was a garden, and in the garden a new tomb in which no one had yet been laid. So because of the Jewish day of Preparation, since the tomb was close at hand, they laid Jesus there” (John 19:42).

Outside the camp, despised and rejected of men, bearing all of humanity’s sin in a brutal execution, forsaken by His own Father, Jesus died—next to a garden.

But Sunday is coming! We’ve heard the story, huddled around our parents and teachers as children. Jesus’ mother, Mary the wife of Clopas, and Mary Magdalene had watched as they laid Christ’s body in the garden tomb. They came back early on Sunday morning, planning to add spices to Jesus’ body. Planning to weep. Planning to mourn. But the stone had been rolled away, and Jesus’ body was not there!

Mary Magdalene, beautiful and faithful hero, ran through the garden to tell Peter and John: “They have taken the Lord out of the tomb, and we do not know where they have laid him” (John 20:2).

Exhausted and emotionally raw and confused, Mary Magdalene wept. Where was her Jesus?

“[Mary] turned around and saw Jesus standing, but she did not know that it was Jesus. Jesus said to her,
‘Woman, why are you weeping? Whom are you seeking?’
‘Supposing him to be the gardener, she said to him, ‘Sir, if you have carried him away, tell me where you have laid him, and I will take him away.’ ” (John 20:14-15)

Mary thought the Resurrected Jesus was the gardener.

Why? Of all the people to assume, why the gardener? Was Jesus pulling weeds? Was Jesus training vines? Was Jesus grafting branches? The first day of Christ’s resurrection, in a glorified body and the Conqueror of death and Hell, He was mistaken for the gardener. Or perhaps He was recognized for what He actually is. 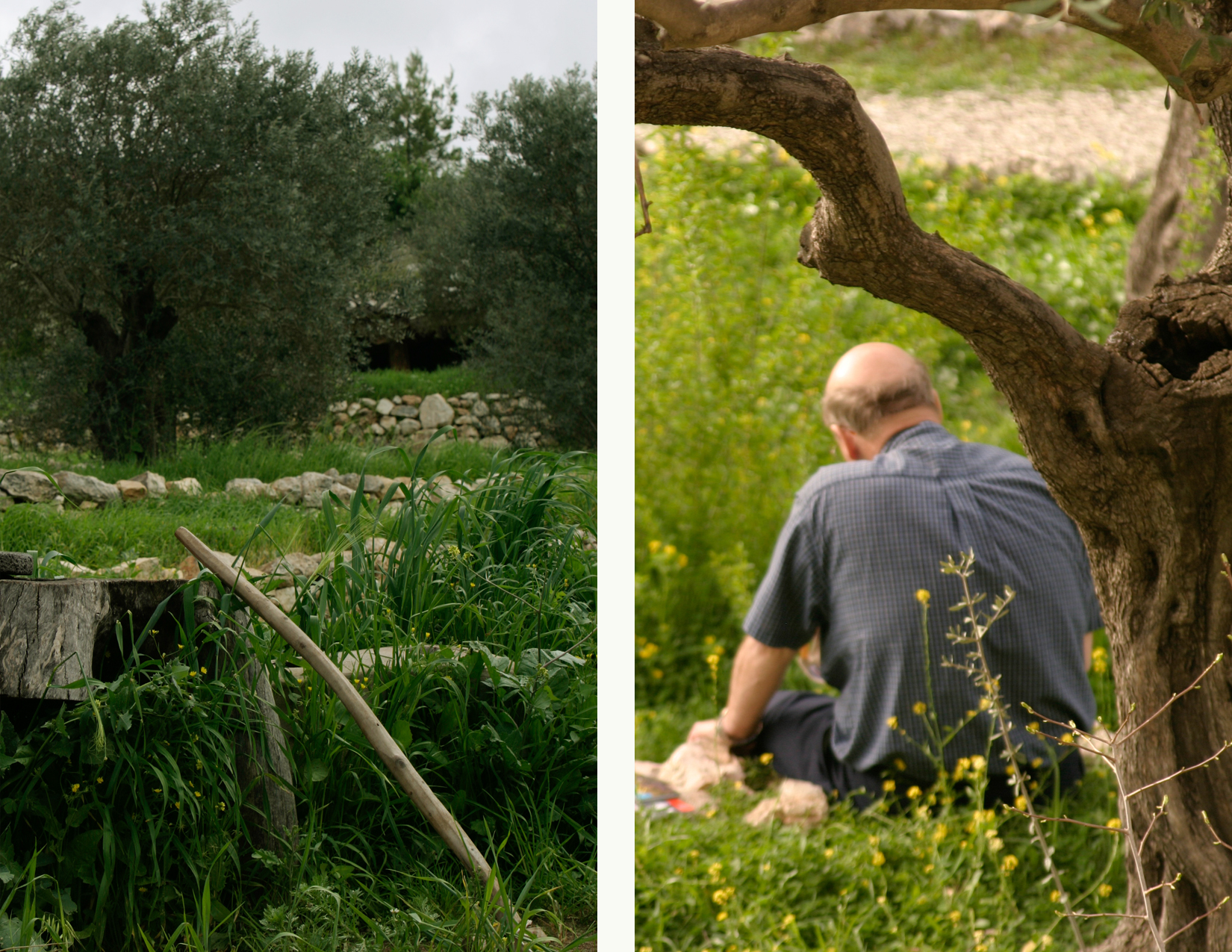 Hebrews 10:12 tells us where Jesus is now: “But when Christ had offered for all time a single sacrifice for sins, he sat down at the right hand of God.”

Ever wonder what it looks like? Revelation 22 gives us some clues: “There is a river of the water of life, bright as crystal, flowing from the throne of God and of the Lamb through the middle of the street of the city; also, on either side of the river, the tree of life.”

Sounds a lot like a garden. An urban garden. A heavenly Eden.

We started this story in the garden of Eden. Jesus said it plainly in John 15:1: “I am the true vine, and my father is the gardener.” Throughout Scripture and history, we see God gardening. In a new heaven and a new earth, we see that God plants heaven in a garden.

Maybe gardening is a holy vocation. It must mean something to make green things grow, to prepare the soil and turn over the ground, to plant seeds and nourish life.

“And as He spoke, He no longer looked to them like a lion; but the things that began to happen after that were so great and beautiful that I cannot write them. And for us this the end of all the stories, and we can most truly say that they all lived happily ever after. But for them it was only the beginning of the real story. All their life in this world and all their adventures in Narnia had only been the cover and the title page: now at last they were beginning Chapter One of the Great Story which no one on earth has read: which goes on for ever: in which every chapter is better than the one before.”—C.S. Lewis, The Last Battle